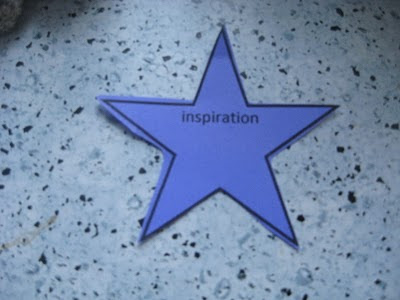 On the first Sunday of the new year, church members choose, at random a paper star inscribed with a word such as "love" or "sharing" or "prayerfulness," in celebration of the gifts that the Magi (also called Wise Men or Kings) brought to the Christ child. There are a total of 128 gifts in all, so even in a large congregation there are only a few repeats. Each person is instructed to take their gift home, put it somewhere they will see it often (computer monitors and refrigerators are popular spots) and meditate upon it whenever they see it. Some people find this to be one of the most meaningful Sundays of the entire church year. I first encountered this worship practice at South Church/First Baptist in New Britain, when I worshiped there in the early 90s. I received the gift of "sharing" and instantly rolled my eyes. Didn't I do enough "sharing?" But even though I wasn't excited by my gift, I placed it on my refrigerator, where it caught my eye every time I went to get some milk for my coffee (which is to say, pretty often.) Over the course of several weeks and months I gradually became aware of how often people shared with me--shared of their wisdom or their bounty (fresh produce!) or thoughtfully included me in their lives. I approached other church members and asked them if their star gifts were meaningful as well, and everyone I talked to said yes. The following year I found a way to distribute the stars to the entire faculty and staff of Central Connecticut State University, where I served as the Ecumenical Protestant minister. I did remove some of the exclusively Christian words to make it more universal, and I explained the story of the Magi, and the gifts got a delighted reception. Over the years I have distributed literally thousands of these stars.
I have long since lost track of the original source of the idea. It came from a Presbyterian publication (if you know, please provide it to me so I can credit the author.)
Currently we create the stars on brightly colored card stock. It has become a family project to cut out the stars. I also make star-themed snacks (usually cut-out cookies.)
Posted by Denise Clapsaddle at 6:27 PM